Online casinos have continued to enjoy soaring profits as more governments continue to legalize online casinos. However, online casinos are facing increased criticism about the way they conduct their business.

This has been bolstered by claims that casinos make most of their revenue from problematic gamblers.

Who is to Blame for Gambling Addiction?

Most of the criticism is coming from problem gambling advocates and some of the recovering online gaming addicts. Both are saying that online casinos are not doing enough to discourage problematic gambling.

Gamers who have confessed to fallen to online gambling addiction say that players are unable to self-regulate. Therefore, any resources that casinos hope players can use to control their gaming appetite, isn’t working.

To put the issue into perspective, here are some of the experiences and comments shared by some online casino players, critics, and gaming platforms.

And even his brother-in-law didn’t know the extent of Stevens’ gambling problem, even though they occasionally gambled together.

Stevens just made sure that any correspondence he had with the casinos was mailed to his work address. At work, he was a trusted senior employee, which allowed him to write checks and cash them. His co-workers did not suspect anything, since part of his job was to oversee several companies.

Therefore, he could take time off work, and go gambling with company money, and they would assume he was out visiting any one of the companies. As for the checks, they just assumed he was writing them to cover work related expenses.

By the time the company was able to detect the irregularities, he had embezzled almost $4 million of company money. He immediately got fired, and went home, but that didn’t stop gambling addiction.

However, he did make a call to let his wife know he was coming home, and he had lost his job for stealing company funds. Stacy tried to inquire about how much he had stolen. However, he sounded apologetic but didn’t want to talk about it further.

As a provider, he was also in charge of the family finances. His wife didn’t know that after he got fired, he switched to gambling his family’s savings. He did this until he could not hide it anymore, after the IRS launched an investigation.

By then he realized the IRS was about to press charges for tax evasion. He also knew he would have to spend time in prison for the embezzlement. However, thoughts of what would happen to him after coming out of prison drove him to take his life.

He knew he would never be able to work in the financial sector again. Moreover, he would still need to pay back taxes and fines, and worst of all, his family would be ridiculed in their small-town.

Overall, he concluded that with him around, his family would be in financial ruin, and the joke of his small town.

His wife Stacy later sued the Mountaineer Casinos and International Game Technology (IGT), a slot machine manufacturer. She believes that gambling companies design the gaming machines to be addictive.

She also says that casinos do not do enough to identify problem gamblers, and stop them from gambling further.

Stevens’ tragic addition story is not a unique one. It resonates with others around the country where problematic gamblers take their lives, after gambling everything themselves into a massive debt. However, the actual number of suicide caused by problem gambling isn’t know yet.

Quite a number of the suicide cases related to gambling have made it to new outlets. They include that of a 24-year-old student who gambled away his financial-aid money in Las Vegas, then killed himself out of frustration.

In London, an accountant killed himself by jumping off a skyscraper, after failing to stop his online-gambling addiction.

Moreover, in Detroit, a police officer shot himself in the head, while inside a casino, and then we have Stevens, whose struggle with gambling we have outlined above.

In a case between Kephart and Caesars Riverboat Casino, the Indiana Supreme Court ruled that according to Indiana law, problematic casino gamblers are supposed to take personal responsibility.

The judge wrote that Indiana’s voluntary exclusion program offers gamblers an option to impose a self-ban. That can effectively deny them access to all casinos within the state. And in that regard, the law offers them a way to control their gaming addiction.

However, according to Valerie Lorenz, addicts cannot control themselves. Once their addiction sets in, they lose their ability to make sound judgment. Moreover, they experience withdrawal symptoms when they cannot gamble.

For instance, they can get insomnia, heart palpitations, panic attacks, and even anxiety.

A professor in University of Chicago’s psychiatry, Jon Grant, agrees that gambling addiction is similar to substance addiction. He says they have discovered unique characteristics in the brains of addicts that normal people do not have.

Those characteristics appear in the dopaminergic system and pathways within it, as well as the prefrontal cortex, which is used to limit impulsive actions.

He explained that in addicts, they observed the frontal parts of the brain that help us to make the “Stop!” decision, are less active. However, those that help us to anticipate reward, appear to be strongly active.

Another professor of Psychology from Southern Illinois University, Reza Habib is in agreement. He explained that addiction is an automatic physiological response, which makes some people more vulnerable to gambling addiction than others.

Casinos Should Know Their Customers

Colombo Candy & Tobacco Wholesale sued Ameristar Casino, for failing to stop Caroline Richardson from gambling using funds she obtained fraudulently. The company argued that had Ameristar done its due diligence, they would have uncovered Richardson’s heist.

She had an annual income of $62,000, and could not afford to gamble up to $2 million within a year. However, the casino chose to promote her addiction by offering her VIP benefits, which encouraged her to gamble more, and spend more time in casinos.

The U.S. District Court for Nebraska ruled that Ameristar Casino needed to defend itself, for Colombo had proved its claim that the casino may have unjustifiably enriched itself. However, Colombo’s suit stalled after its owners filed for bankruptcy.

One of the ways online casinos can do that is to investigate their customers’ income levels. Using that information, they can easily identify problematic gamblers, and offer them rehabilitation.

Some casinos are already doing that, which is a step in the right direction. Overall, some casino players are more likely to become problematic gamblers. Therefore, it is important for casinos to watch any signs of excessive gambling to stop it. 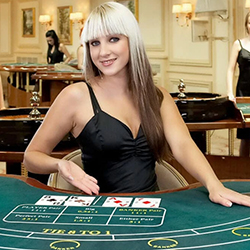 Why Online Casinos with Zero Deposit Bonuses are Popular

The Right Amount of Money to Gamble With

Find out how much money you should spend on gambling with our extensive bankroll management guide.

The gambling industry has been around for over 5,000 years. Top Dog Casinos looks at how it has changed over the most recent years....